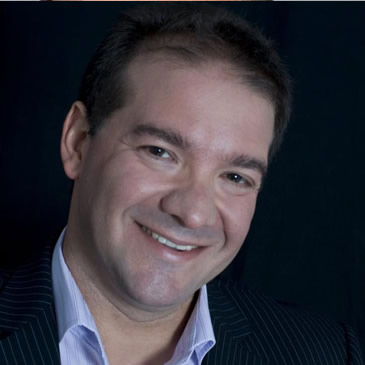 Labelled ‘Mr Network’ by The Sun, Andy Lopata was called one of Europe’s leading business networking strategists by the Financial Times. Andy is the author of three books on networking, as well as a blogger for The Huffington Post and NatWest Business Sense.

Andy speaks internationally and has worked with companies from one-man bands to organisations such as Deloitte, Merrill Lynch and Mastercard to help them realise the full potential from their networking.

He is also a Fellow and former vice-president of the Professional Speaking Association.

"Andy is an energetic presenter who quickly captured our audience's attention.The break-outs were especially constructive and everyone enjoyed the six degrees of separation exercise. We will definitely have Andy back."

"I very much enjoyed Andy Lopata's presentation on Building Social Capital. His energy and love for his subject, in which he is clearly an expert, drew in his audience wonderfully. I also enjoyed the course very much having a lot of fun yet have taken away a wealth of information."