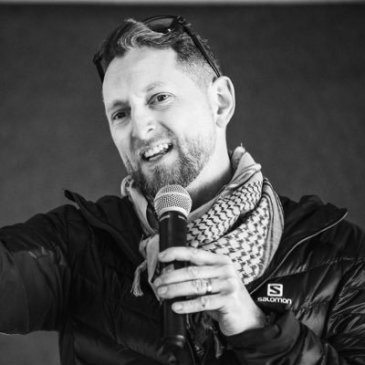 Dan Keeley is one of the UK's leading mental health activists & keynote speakers on a mission to empower people to speak up when we’re suffering.

In 2017, after a 5 year battle with bipolar disorder and coming close to taking his own life in 2012, Dan ran 1250 miles (solo & self-supported) from the Colosseum in Rome back to the London Eye to share his story on a truly national scale - raising over £17,000 for the Campaign Against Living Miserably and inspiring hundreds of others to speak up about their own personal battles.

Now Dan is a nationally recognised and award-winning activist who's harnessing his lived-experiences to inspire others by collaborating with and delivering powerful keynote talks with many of the UK’s most forward-thinking corporate organisations, conferences, schools, NHS trusts, festivals and social enterprises dedicated to improving the mental-wellbeing of their staff and their communities.

Dan has been featured on many national media platforms including BBC England, London Live, The Evening Standard, The Telegraph, The Sun and credited by the Heads Together campaign.

Dan is also the Founder & Mission Director of #AREWEOKUK: the social enterprise on a mission to empower the UK to speak up when we’re suffering so that together we can show future generations how it’s done.

The Mental Adventure: Why We're All In This Together

The power of speaking up when we're suffering

“I’ve hosted a lot of stages; spoken on many platforms; never have I seen an audience as connected and gripped by a story as they were with Dan. We laughed, we cried, and we did it together. An incredible story with a powerful message, expertly delivered.”

“Dan’s session was one of the most inspirational things I have ever experienced. Every healthcare professional should hear Dan speak. Thanks for waking me up.”

“Awesome, very emotional and empowering to motivate people to talk about our mental health. Absolutely inspirational, I felt this was personal to me.”