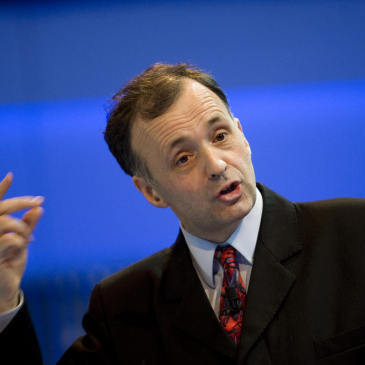 Working both regionally and nationally for the BBC, he presented music and interview-based programmes, including the Sony Award winning “In the News” on BBC Radio 4.

Whilst Roy was also involved in production and script writing, his main area of expertise was in live television and he regularly worked alongside other notable presenters including Jeremy Paxman, Eamonn Holmes, Ann Robinson and the late Jill Dando. From 1985-91, he was an anchorman of the early evening news for the BBC in London where he consistently proved his ability to perform under pressure.

In 1994 he trained as a hypnotherapist, although he decided not to go into practice. His books include “ Meet Greet and Prosper ”, “ Rapid Result Referrals ” and “Your Personal Survival Guide to the 21st Century.” (1997 - now out of print).

In October 2010 he published " How to be The One " which became the subject of a two page spread in YOU, the UK's top circulation women's magazine (part of The Mail on Sunday ) and was a lead story on CNN.com 's Lifestyle website. The Kindle version of this book is called How to be LOVED: from Dating to Mating.

The electronic versions of these books are: SEX MONEY POWER and other Cool Life Secrets for Teen Guys and All About YOU: The Truth about Romance, Self-Esteem, Health, Happiness and Inspiration for Teen Girls.

Improve your Personal and Professional Reputation

How to be Upbeat in a Downbeat World

“I would urge you to book Roy as a facilitator or a guest speaker or simply to motivate your
staff! His energy for his topics is superb, he is so enthusiastic it is infectious and I have
always left his presentations feeling motivated and ready to implement new ideas
or strategies! Always professional, always on time, always within the event brief and
always exceeding expectations!”

“I have known Roy for 25 years. We have worked together on many occasions in TV, radio
and on the conference and meetings circuit — and he has always been a joy and, of course,
a professional. An example is on one occasion we brought Roy in to facilitate a three-day
conference (in Barcelona) for a major international pharma company. A large part of the
conference was an extended and detailed discussion about the merits of a complex drug for
an audience of 170 senior doctors from all around the world, Roy handled it superbly. He
THEN had to give them a presentation on how to give a presentation at 2pm, the notorious
graveyard shift, and with an audience where only 5% used English as their first language.
The fact that the audience were enthralled and ranked the session so highly is a testament
to Roy’s skill. Would I recommend Roy? Absolutely yes. He does what it says on the tin —
and he does it very, very well indeed.”